2021. Look at the last two numbers of the year! It seems that knowing about 2-Over-1 Game Force is timely.

Consider how these two hands would be bid using Standard methods. East and West pass throughout the bidding. South is dealer and opens 1♠️. North responds 2♣️, which is forcing one round. South rebids 2♥️. What would North do next?

Here are the two hands: 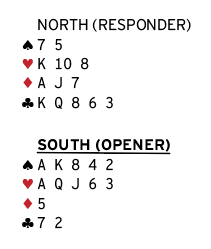 North knows the partnership has enough combined strength to be in game. North, however, doesn't know where to play the contract, and needs more information from South.

Unfortunately, 2♠️ is forcing only one round. After South’s 2♥️ rebid, if North decides to rebid 2NT, it's an underbid. More importantly, 2NT is not forcing. South could pass with a minimum-strength opening hand. So, it’s reasonable for North to jump to 3NT and hope for the best.


As it turns out, 3NT is not a good contract. 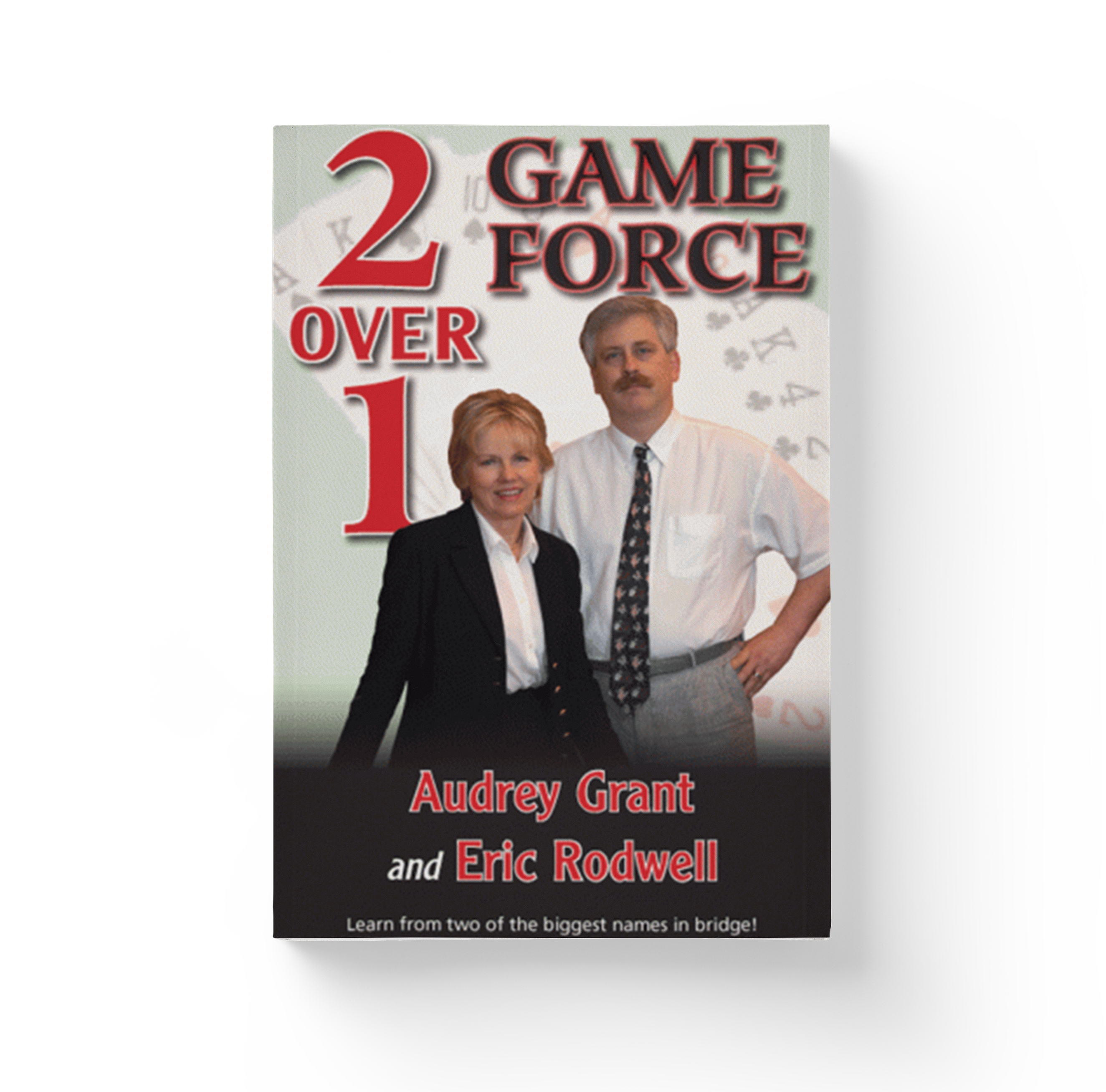 
If you play 2-over-1 Game Force, the bidding is more comfortable. The reason is after the 1♠️ opening by South, North’s new suit at the two-level without jumping – the 2♣️ response – is forcing not just one round. It’s forcing to game and the partnership has to keep bidding until game is reached.

Here are all four hands and the 2-over-1 Game Force auction. 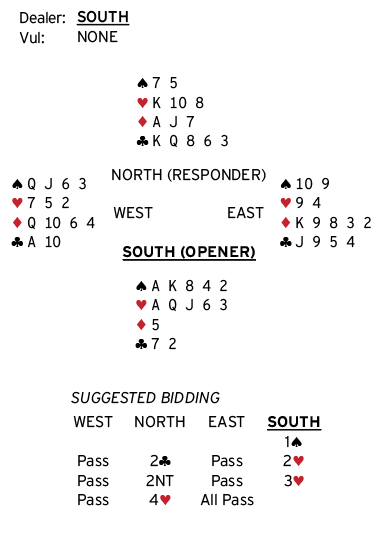 The first three bids are the same. However, when North bids 2NT, South has to bid again. South chooses 3♥️, showing a five-card heart suit. At this point, North knows there’s an eight-card heart fit and can put the contract in 4♥️.

ABOUT 2-OVER-1 GAME FORCE

This book covers the basics of 2-Over-1 Game Force, a popular variation of Standard American bidding methods. You will learn how a small modification can make it easier for the partnership to:

It also describes how using a response of 1NT as a forcing bid can improve the partnership results, even on partscore hands.

Here’s what readers have to say about

by Audrey Grant and Eric Rodwell

“Extremely well written book and I have been converted to the Two Over One system.”

“This is well-written and has just the right balance of instruction and ways to test yourself to make sure you understand the content. One of the first questions I ask when I sit down with a new partner is, ‘do you play two-over-one?’”

“This book presents the modifications required from Standard American to play 2-over-1. It does this very well. The step-by-step guide takes a very easy pace with plenty of illustrative hands and quizzes. (The example hands) demonstrate how slams can be bid that would be missed using standard methods.”

“This book made learning Two Over One Game Force easy. The explanations are clear, and there are numerous examples and quizzes to reinforce learning. Appendices include information on conventions commonly used in conjunction with 2-over-1, such as 1430 and Drury. I highly recommend this book.”