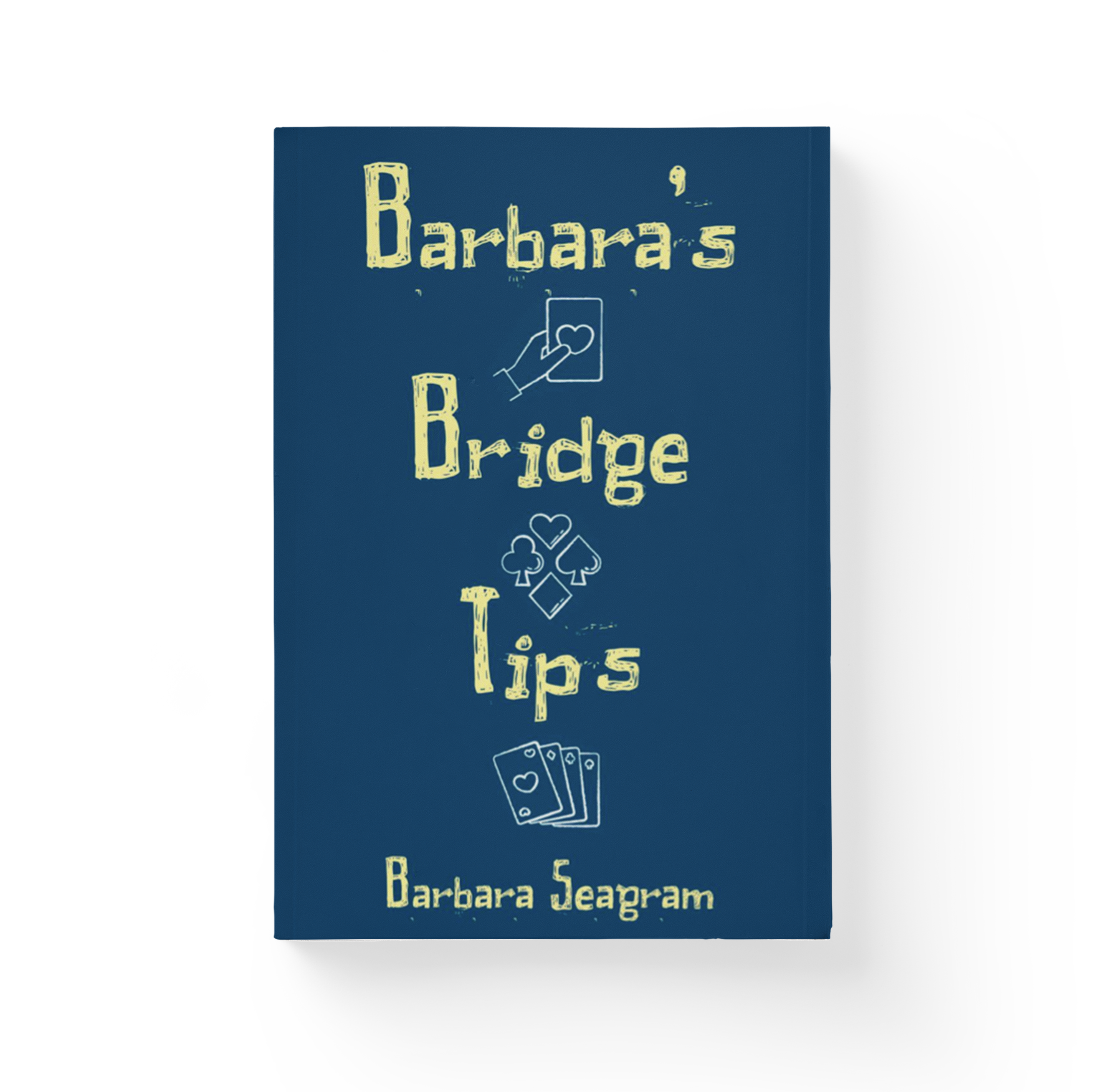 Scroll down to read an excerpt from the book...

Most of this book is technical — it’s about how to bid, how to play and how to defend. But before we go there, let’s talk about some general things that we all do at the bridge table — but shouldn’t.

What distinguishes experts from good players and good players from average players? The frequency of their mistakes. Bridge is a game of mistakes. The players who make the fewest mistakes win. But take heart... when you make a mistake and it is pointed out to you, you often remember not to repeat that same error.

Here’s a quote from Alan Sontag, a multiple World Champion: It is not the handling of difficult hands that makes the winning player. There aren’t enough of them. It is the ability to avoid messing up the easy ones.

Here are some of the more common errors we all make — and how you can avoid them.

Slow down. Yes, duplicate bridge is a ‘timed event’, but take the time to make a plan at the start of the hand and stop playing instinctively and by rote. Stop and think. As declarer, count your winners in notrump contracts or your losers in suit contracts. As a defender, calculate how many high-card points declarer and dummy have in the combined hands (the bidding will give you a good idea of that), then count your points and subtract that total from 40. There are 40 HCP in the deck, so your partner has the leftover points. If you know that partner can only have 5 points and she has already led a king, you know she has the king and the queen in that suit (by inference) and can have nothing more. All of this is done at Trick 1, before you play a card.

Cashing Tricks Too Early On in the Game

Aces were put on this earth to capture kings and queens. Kings have a job to do too — they capture queens and jacks.

If dummy is on your left and has KJ72 and you have A63, think ahead. Be prepared, so that when declarer leads a small card from her hand toward that suit in the dummy you will play low smoothly and not hesitate. You are going to hope that declarer will play the jack — it’s possible partner will be able to win the trick with the queen. That’s where the expression ‘second hand low’ comes from.

Another situation. Let’s say hearts are trumps, and you have the ♠A54 and the ♦KQJ. If your opening lead is the ♦K, you have established tricks for your side. When you win a trick with the ♠A, you may now be able to cash one or even two diamond winners. But if instead you choose the ♠A as your opening lead, your diamonds have not been established. Besides which, you may now have set up declarer’s king (and maybe queen) of spades.

On opening lead, do not lead an ace unless you also have the king (or partner has bid the suit). So, from A54, which card do you lead? The correct answer usually is, ‘Another suit.’

Barbara Seagram is one of North America's leading bridge teachers. Her 25 Bridge Conventions You Should Know, co-authored by Marc Smith, has sold over 300,000 copies in English alone.