By this time, perhaps the joys of playing bridge hunched over your computer, tablet, or cell phone have dimmed for you. Had enough of your opponent’s snarky chat? Maybe it’s time you and your loved one give Honeymoon Bridge a try. After all, what could possibly go wrong?

There are a number of versions of Honeymoon Bridge. I am going to focus on the version most familiar to me, Double Dummy Honeymoon Bridge, which I played with my sister so long ago they hadn’t even invented transfer bids.

In Double Dummy Honeymoon Bridge, you deal out all four hands. Each player has a hand and a dummy. Neither player can look at the dummy until the bidding is over. Each player bids using conventional bidding and when one player passes, the other player wins the contract and is declarer.

Each player can now peek at her own dummy, but the cards stay face down. The defending player leads from the hand to the left of the declarer. Now both dummies are turned face up and the two combatants launch into battle. At least in my family, that’s what we did. 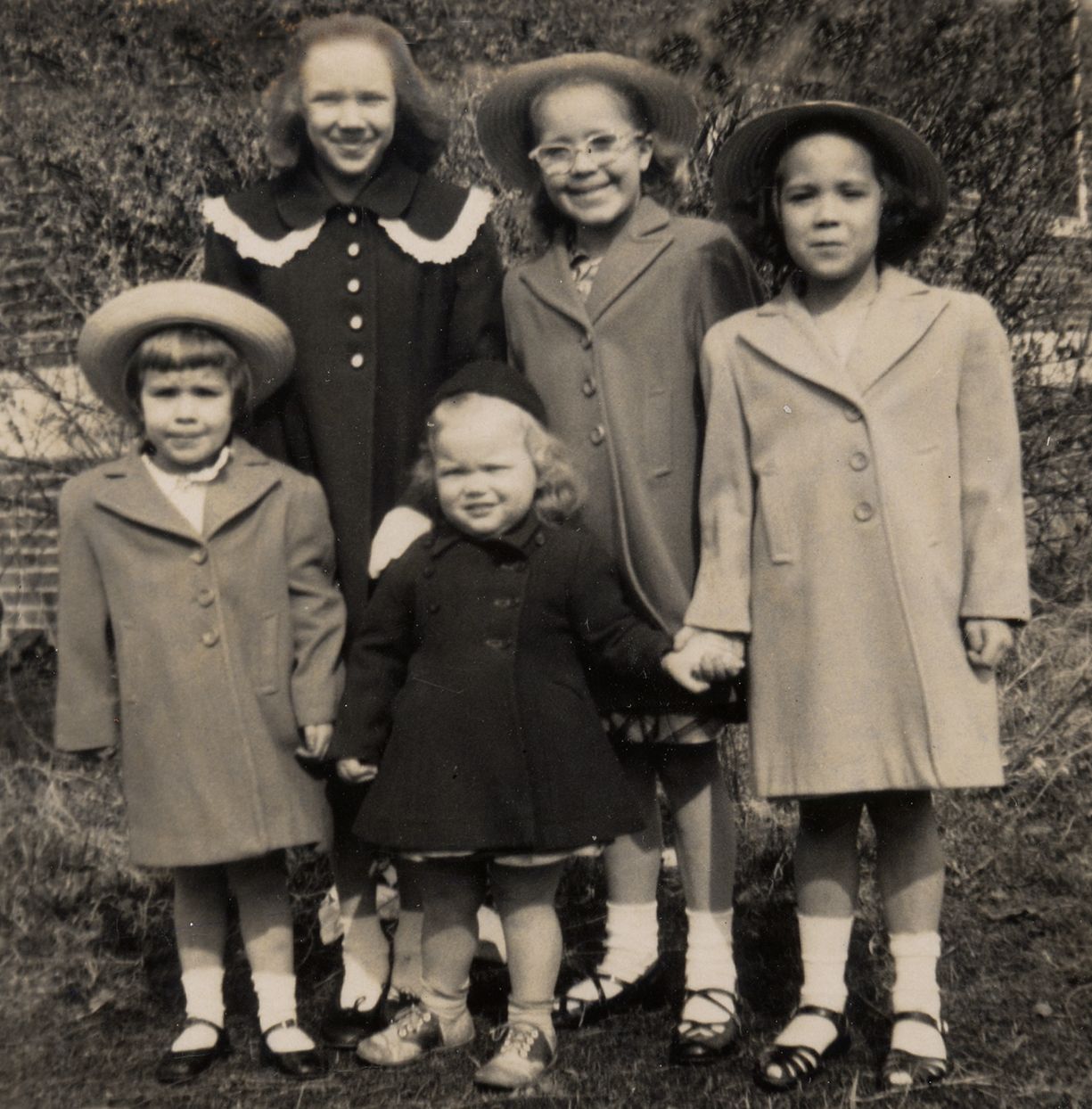 We played full-contact bridge at home. There were seven of us, two bridge-loving parents and five eager-to-learn daughters. There was almost always a game going on the floor of the living room and often a fight for who got to play.

If we couldn’t find four players, we’d play three-handed and just let the adorable youngest one be the dummy. She thought being the dummy was much better than being the declarer. We, of course, tried to correct her misunderstanding in a loving, sisterly way. “Nyah, Nyah, Nyah,” we’d say. “Grow up.” “I’m only five,” she’d say. “And besides, you should have led a spade. You grow up.” Cue the bench-clearing brawl.

Occasionally there were only two of us and we were desperate enough to play Honeymoon Bridge with each other. It wasn’t always pretty.

The first rule of Honeymoon Bridge for sisters is that the rules are flexible. I always found that the rules were more flexible for my sister. “But I thought the seven of diamonds was the wild card,” I’d point out, reasonably and in a calm and even tone. “That was only on the last hand,” she’d reply, shuffling the cards at me ferociously. “I call a four-trick penalty for whining.” Sisters can be cruel.

If you can’t stand the sight of blood, perhaps you might not want to play the version of Honeymoon Bridge that my sister and I played. Fortunately, there are other choices.

In Single Dummy Honeymoon Bridge you expose one of the four hands before bidding. Whoever wins the contract can choose the hand that has been exposed as the dummy or take, sight unseen, the other dummy hand.

If you play with a semi-exposed dummy, as you deal you put the first six cards of each dummy face down on the table and then deal the other seven cards face up, in six piles of two (one face down and one face up) and a seventh face-up card. In this version of the game both players see seven of the cards that would be in their dummy while they are bidding for the contract. As the tricks are played, the dummies must follow suit. Once a face-up card is played the face-down card beneath is turned up. All of your notions of counting suits and cross-ruffing will be turned upside down with this variation.

In Memory Bridge you deal half the deck, thirteen cards each, to the two players. They play two-card tricks with no trump suit and whichever player makes seven or more tricks wins, scores the trick points won (i.e., 90 points for making 1NT, 120 for 2NT, etc.), plus a 100-point bonus. The second half of the deck is now dealt, bid, played and scored conventionally, with the two scores added together at the end to determine the winner. If you’re good at remembering cards, you’ll love this variant. If you’re not good at remembering cards, you might want to switch to Solitaire.

Draw versions of Honeymoon Bridge put the drama in forming the hands. Instead of dealing out all 52 cards, players put either half the cards or all 52 of the cards in the “stock,” or a pile of cards from which players will draw. In the first version, each player gets a hand of 13 cards and 26 go into the stock. The players play 13 tricks that don’t count, but after each trick the winner and the loser each take a card from the stock. At the end of the first 13 tricks, each player, knows exactly what cards are in the opponent’s hand, because we call all remember every card played, right?

If you want to play Draw and Discard Honeymoon Bridge, you’ll put all 52 cards face-down in the stock and draw from the stock to make up your hand. The first player draws the first card, looks at it and either keeps it or rejects it, placing it face down on the discard pile. If you keep the first card, you look at the next card, but you are required to put it on the discard pile. If you rejected the first card, you must accept the second card you draw. The opponent follows the same procedure until the stock is exhausted. Now each player has 13 cards, has seen 13 other cards, but doesn’t know which of the other 26 cards are in the opponent’s hand.

There is a version of Honeymoon Bridge with a really cute name, “Bridgette.” As one of five little girls whose enthusiastic but excruciatingly untalented musical group was named “The Five Little Webbettes,” I suppose I should find this one most attractive. But playing Bridgette requires a special deck with three extra cards, used as wild cards. I’ve never been able to trust wild cards since playing Honeymoon Bridge with my sister back in the day.

It is a truth universally acknowledged that it’s better to be playing bridge, in any form, than not playing at all. So don’t abandon your online games. But do try one of these versions of the two-person game if you and your loved one feel like taking a relationship risk. Who knows, your marriage might even survive Honeymoon Bridge. The adorable youngest one in my family is a divorce lawyer now. She can help if Honeymoon Bridge doesn’t work out for you.

Sisters and bridge – both the greatest. My sister and I play all the time together. We like to say that we’ve been bridge partners for 65 years. Can you beat that?

Dar Webb plays at the St. Petersburg Bridge Club when it is not closed due to pandemics. She is the author, along with Bob Vollbracht, of the Quick Reference Deck series, published by the St. Petersburg Bridge Club. The series, which premiered in 2015, now includes Basic Bridge, Intermediate Bridge, Doubles and Redoubles, Two-Over-One Toolkit and Guidelines for a Great Game. Each deck includes about 30 loose-leaf index cards, each devoted to a single concept or convention.