A few days ago I was reading a recent issue of the ACBL Bulletin which included a letter in which the writer mentioned that although she had been studying and playing for about 10 years she still considered herself to be a beginner. Players with that approach should go far – I have been writing about bridge for more than 50 years and hardly a day goes by without the discovery of something new. I am always on the lookout for instructive deals that might later find a place in a book or perhaps a new set of BridgeBee deals.

In the recent European Bridge League qualifier this deal might have been the standout of the event: 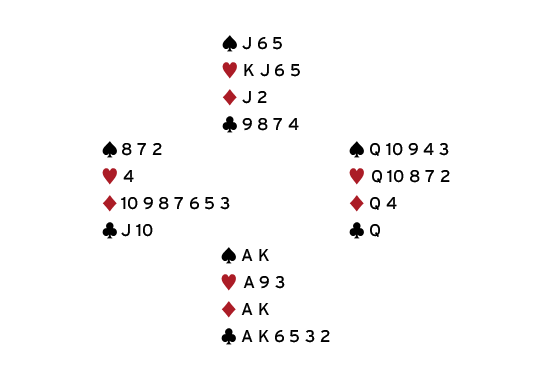 NS would like to reach 6♣︎, but in the match between France and the Netherlands one of the auctions suggested this might be a candidate for a BridgeBee series on misbidding:

West’s 3♦︎ made life awkward for South, and he took the low road with his rebid.

The other table was even more dramatic: 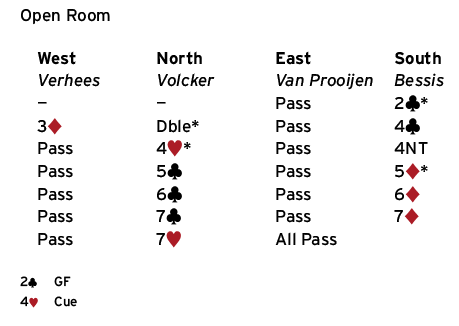 Reporting the deal in the Daily Bulletin Ron Tacchi observed "Wheels, maybe even axles, fell off this bidding wagon. What exactly happened I am not sure but I get the impression that South did not take the 4♥︎ bid to be a cue-bid in support of clubs."

The spectators discussed the possibility of 7♣︎ or 7NT, but thought a heart lead might be a killer. However, declarer can play to reach this ending: 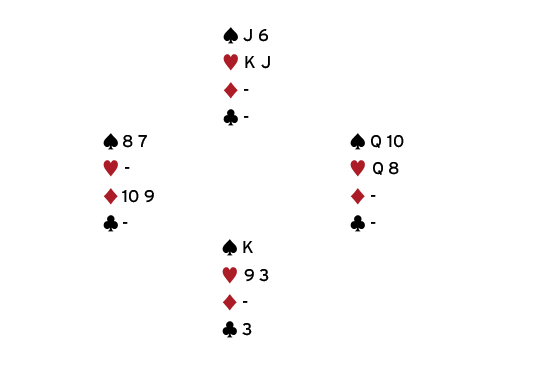 If Declarer cashes the last club discarding dummy’s ♥︎J then East becomes the victim of a criss-cross squeeze.

Only one pair reached 7NT in the match between Denmark & Slovenia: 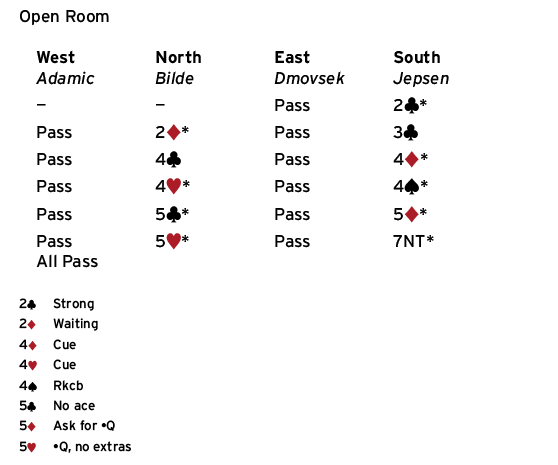 West led the ♦︎10 and declarer won with the ace and cashed the top clubs, unblocking the seven and eight, East discarding the ♥︎7. The next two clubs saw East discard the four and three of spades, West the three and five of diamonds. On the last two clubs West pitched diamonds and East the two of hearts and the queen of diamonds. Declarer cashed the ♠︎AK to arrive at this position: 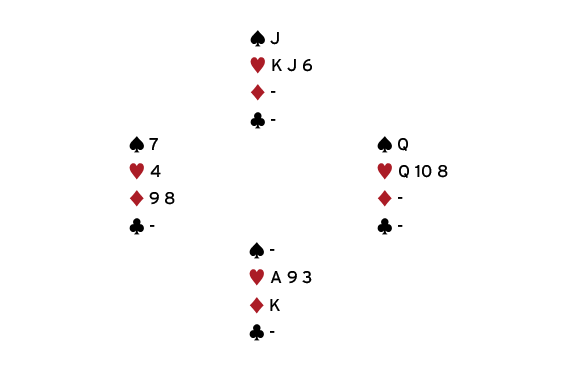 If declarer believes the discards, he knows that West started with seven diamonds, two clubs and two spades, so cannot have more than two hearts. That suggests discarding a heart on the king of diamonds is the way to go, squeezing East in the majors.

Alas, declarer pitched the jack of spades from dummy and was one down when the heart finesse lost.

Stopping in 6NT in the other room meant Slovenia scored 14 IMPs; meanwhile I had a candidate for a new series of Misplay deals!